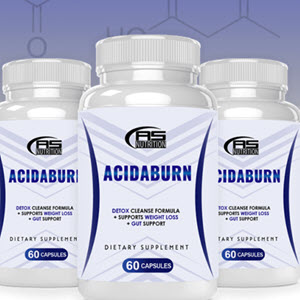 The first method: SIDESTEPPING, is a very good technique. When you are in a clinch, you aren't going to be sidestepping a technique. Your opponent HAS HOLD OF YOU! You aren't going anywhere! What was really meant is a combination of manipulating your opponent while utilizing footwork to throw him off balance, thereby nullifying the knee attack.

When in the clinch, you and your opponent are fighting for control of each others head. Ideally, you want to have your opponent's head in a pincher grip, with your forearms on his collarbone, and your heads behind the back/top portion of his head. Using your forearms as a fulcrum, you pull his head down into your chest, bending him over in front of you. From this position, you are able to throw straight knees at will into his abdomen, chest, and face.

However, one of the first things any Thai boxing instructor who's worth studying under will teach you is how NOT to get caught like that, and if you DO get caught, how to get out of it. Most serious injuries in Muay Thai that I have witnessed are due to a fighter insufficiently dealing with being at the business end of the clinch. Believe me, a knee to the face is quite ugly to witness. (Stop the fight, bring in a mop. You get the idea...)

Now, since most fighters are well enough versed in the clinch to NOT get bent over in front of you, you therefore have to knee while fighting for the advantage. When you find yourself with sufficient balance and enough room to snap one in there, you do it.

When you are holding onto an opponent in the clinching manner, you don't have to see what they are doing. You can actually feel it. When you feel your opponent shift their weight to knee, you twist their upper body by pulling with one hand, pushing with the other. While doing this, you are sidestepping.

To clarify this technique, let's say while you are clinched, the opponent is trying to knee you with his right knee. You should pull downwards and to the side on his neck with your right hand, while pushing him up and forwards with your left. You are essentially trying to turn him like a steering wheel. As you turn him, step at an angle backwards (the "sidestep" previously mentioned) with your right foot. As you twist your opponent around 180 degrees, your right foot becomes the lead foot, and the left foot becomes the rear foot. Since your opponent is being pulled over to his left and off balance, his right ribs are exposed to your left knee. You know what to do.

The other technique is to scoop the leg. I don't teach this method for a few reasons:

N«1-it leaves your scooping arm tied up with his weight on it. Both of his hand are free to punch, elbow, whatever.

N«2-to scoop an opponent's leg in this fashion, you are taking a big risk of eating the knee in the process.

This is a legitimate technique if you are studying for self defense. But it is not for Muay Thai competition.

Let's get back to basics however. I wanted to comment on those two methods of defense first, since they were previously mentioned, but now I want to backtrack.

First, when clinching with someone and preparing for the knee, keep in mind that your opponent will be trying to knee you also. You should therefore keep your hips GLUED to your opponent. The best defense against knees is to be too close for your opponent to knee. Remember to keep your stance wide to keep your balance.

Another thing to keep in mind is that normally when boxing, Thai boxing, or whatever, you should keep your chin down to your chest to prevent KO's. However, while clinched, if you keep your head bowed down, you are doing half of your opponents work for him. So in this case, keep your chin up. Practice keeping the shoulders up high and almost arching the back of the neck so that your opponent cannot pull your head down.

If you are in a clinch with someone that has superior clinch skills to yours, then you can wrap a leg around him to make sure he cannot create the room to knee you. While doing this, kick him with your heel in the back of his legs to frog them. (yes, this is a legal technique!)

You can also wrap one arm around the back of his head so that the back of his head is in the crook of your arm. The opposite arm grabs in the crook of his arm and pulls down. Turn sideways and raise your lead side knee into his body sideways, so that your instep is extended on one side of his hips, the knee on the other (the shinbone should be parallel to the ground). Push forward with your knee into his hips while pulling on his head and arm with your upper body. You will get him "stretched out" and unable to do anything. From this position, you can either release and get back to the clinch so that you have an advantage, or wait for the referee to break the two of you up.

Another escape from the clinch that I teach is to do a double hand push on your opponent's hips while ducking out. THIS TECHNIQUE IS VERY RISKY, AND SHOULD ONLY BE USED AS A LAST RESORT!!! Many people make the mistake of simply trying to duck under the persons clinch to get out. However, this is the cause of the really ugly injuries that I mentioned before. If you find yourself forced to escape this way, push HARD on both of your opponents hips while doing your best to keep your head safely tucked between them. The injuries that I have seen are because fighters have tried to just duck out of a clinch without the double-handed push.

This is a guide that will help you learn everything you are needing to know about kick boxing. You will learn such things as all the safety tips, misconceptions, perfect workouts, all the basics and so much more.

Boxing, How to Learn Muay Thai