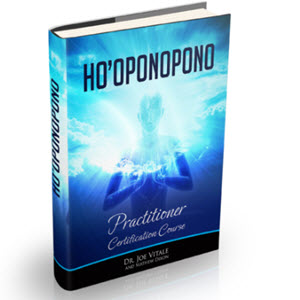 Having learned the basic techniques of meditation and the Nine Steps, Ninja training advanced, to penetrating the enemy's perimeter. The classic exercise of these skills is the Obstacle Course, used by military, paramilitary and covert operations groups for centuries to train there members. The key is confidence. Any obstacle can be overcome with practice and confidence. This is lesson for whole life. Not just breaking and entering.

Fig. 31-When confronted by a fence topped by barbed wire,, three methods may be used to cross the barrier. First, you may climb the fence, finding ample hand and footholds near the support poles. It is best to support body weight with the arms, staying as parallel to the fence as possible.

Fig. 32-When crossing the barbed wire, grasp it either at the support, or between the barbs and slowly let yourself over, taking care not to snag the uniform.

Fig. 33-Drop to the ground clear of the fence's other side. Land evenly on the feet, executing a forward roll immediately to absorb your impact and carry you away behind a pre-selected point of concealment.

The second method is to cut the wire. The best way to do this is to make a slit vertically, severing as few links as possible, until the mesh can be spread like a zipper, allowing you to pass. Or, cut the wire that holds the mesh to the pipe and roll under the edge. This is much quicker and leaves less evidence of infiltration.

The third is to burrow under the fence, in the manner of a dog tunneling to freedom. In the event the barricade is not loosely fixed at the base or is made of some other material. All of these methods, however, leave evidence of your passing and are not true to the principles of Ninjitsu.

A final note: care must be taken not to touch electrified barriers. Look for bare wire attached at intervals to insulators, or small dead animals which have inadvertently touched the fence. Most commercial installations clearly mark electrified fences to prevent accidental injuries.

"Over, Under, Around, or Through," is the motto of the Obstacle or Confidence Course. Which may include a variety of physical challenges to provide practice for penetrating the perimeter invisibly.

Two things hinder penetration of the enemy camp: barriers and sentries. To overcome the first of these, the Ninja employs Chiang Pi Kung, his Wall Climbing Ability. This consists of making the body light, and advancing in accordance with the theory of opposition. That theory states that maximum balance is obtained by moving the opposite arm and leg simultaneously as in the Lung Pu, Dragon Step.

Most obstacles, walls, barricades, present a variety of hand and foot holds for the climbing Ninja. With only a little practice, anyone can become a "second-story man." The Ninja, of course, developed these skills to a high degree. The projection, corner or, in this instance, drainpipe selected for the ascent must be of sufficient strength to support the weight or the climber. Therefore, small men are best at this sort of thing. But, even they enhance the ability by concentrating their energy in the Solar Plexus to make themselves light. This is also used in Leaping Kung, whereby the 'Ninja could jump flat-footed over 1 most men or a crowd and escape.

Walls may be ascended with the chest to the surface, using drainpipes or trellises, bearing in mind that these are considerably weaker at the top than at the base. Test the structure by grasping it firmly with both hands and pulling straight down, exerting a steadily increasing pressure until you can lift your body to the toes. Gently push and pull against the supports which anchor the pipe before starting the climb.

Fig. 35 -Ancient texts tell of a method using the elbows and heels to climb with the back to the wall, as illustrated. This technique requires three years' practice crawling on the floor, three years climbing on a wall with bricks jutting out, and three years' climbing on a smooth wall. Movement by this method may be vertical, horizontal, or diagonal.

Climbing by these means may be accomplished by employing any ornamental ledge or win-dowsill. A lip of one inch for each point of contact (finger tips, toes) is sufficient for this purpose if sufficient finger strength can be generated.

Fig. 36-Press the body against the surface, getting a feel for the wall's material. Look directly upward, selecting the handhold route you will employ. Grip the ledge, and place the toes on a second ledge or other projection.

Fig. 37-Simultaneously push with the legs and pull with the arms, gaining sufficient momentum to carry your hand to tile edge of the wall. Maintain your balance by means of the other three points of contact. Only one such point is moved at a time in this technique.

Fig. 38-Shift the other hand to the wall edge and, using the arms to bear most of your weight, advance the legs alternately until you gain the summit. Once there, lie flat and listen for sounds denoting that you were observed. It is essential when moving on rooftops to avoid silhouetting. The steeper the angle of the roof, the more one must hug the surface.

The 10 Keys To Happiness

Simple Ways to Be Happy and Enjoy Your Life Regardless of Circumstances. Happiness is the underlying foundation that influences the quality of life. Have you ever seen someone who lives in a small house and has an older car? They may not be rich in terms of material things, but they are beyond rich in their happiness.

How To Cure Negative Thinking