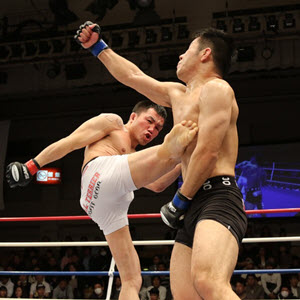 Dim Mak is the infamous "delayed death touch," a nearly magical method of striking (or even merely touching) an opponent, transferring ch'i energy, and causing an imbalance in the target's body that will eventually kill him. This is a Chinese technique, and not widely known; the GM should restrict its purchase so that only one or two PCs ever learn Dim Mak. (If several characters know it, it becomes mundane and boring, not the dangerous, mysterious art it should be.)

In a heroic-level campaign, Dim Mak is bought this way:

(1) Dim Mak is bought as a Drain—mostly a BODY Drain, though other Drains can be added to simulate the effect of the victim's body wasting away.

(3) Dim Mak powers must be bought with the following Advantages: Invisible To Sight And Sound (+%), Time Delay (+^), BODY Returns At The Rate Of 5 Character Points Per Week (+1 /). (This last advantage can be improved still further, to 5 CP per month or per season, if the buyer wishes to spend the points.)

(4) Dim Mak powers must be bought with the "Gradual Effect" Limitation, at either 1d6 of effect per 6 hours (-1 /) or 1d6 of effect per day (-1 %) (refer to the information on revising the "Gradual Effects" Limitation in the HERO System Almanac #1, pages 12-13). The damage of a Dim Mak attack doesn't take effect all at once; the victim sickens before dying. Therefore, 1d6 Drain is applied at each time increment. (If the Dim Mak technique is built as several Drains—for instance, a BODY, STR and CON Drain—1d6 of each Drain is applied at each time increment.)

(6) Dim Mak powers must be taken with the following (more typical) Limitation: Character Must Make Ordinary Chinese Healing Skill Roll; 16+ Automatically Misses (-J4)—see the "Skills" section, above, for more details. This is not the same as the Limitation "Requires A Skill Roll." This Limitation doesn't take any penalties for the Active Point base of the power, while "Requires A Skill Roll" requires a -1/10 active points. This Limitation is basically a 15- Activation Roll also requiring that the character know Chinese Healing and make his roll successfully.

(7) The following Advantage is appropriate for Dim Mak powers but may only be taken instead of (not in addition to) the Time Delay Advantage: Trigger (+V2, can be changed each time power is used). Usually, the Trigger is a certain number of steps taken by the victim: after three steps, 100 steps, 1,000 steps or whatever, the target will begin suffering the effects of the power.

(8) These Limitations are appropriate (but not required) for Dim Mak powers: Attacker Must Make A Special Sequence Of Blows Against Target (one blow, -0; two blows, -J4; three blows, four blows, -%; five or six blows, -1); Attacker Must Make Very Accurate Blows Against Target (each blow is at -3 OCV for placement, each blow is at -8 OCV for placement, -1); Special Sequence Of Blows Does No Damage (-^); Timing Must Be Perfect: Attacker May Not Miss A Phase Or A Hit (-1). In other words, the attacker must hit his target in several places around the body in order to set up the Dim Mak chain reaction. One (easy) way to buy it might be Five Blows (-1), no other limitation; this means the attacker must first hit his target five times, and on the sixth may apply his Dim Mak attack. One (very difficult) way to buy it might be Five Blows, Each at -8, Do No Damage, Timing Perfect (total Limitation: -3 The attacker would have to hit his target every Phase with a 0-damage strike (no damage is rolled, and there is no other combat effect), each blow at -8 OCV, not missing a single attack (he cannot miss, he cannot be blocked and so forth, or he will have to start over); only after all that is set up can he, on the sixth blow, apply the Dim Mak touch. The player and GM should decide what these preparatory blows look like, what locations they are to hit (with a -3 modifier, the character can be presumed to hit anywhere he wishes on the character's torso; with a -8 modifier, the character can be presumed to hit any target on the body he wishes), and the like.

(9) Dim Mak powers are hand-to-hand and so may not be bought with the "Ranged" Advantage.

Note that it's permissible to buy a Dim Mak attack that far exceeds the campaign's normal Active Point limits. This is because the Limitations on the power keep it from being as lethal as its Active Point totals would otherwise indicate.

Here's one example of a Dim Mak attack as a PC might buy it:

Obviously, Dim Mak techniques are very costly, as the heavily-limited example above shows. They are most appropriate for really evil villains or very wise masters, but player characters can buy the technique (if the GM approves). Player characters might prefer to buy non-lethal versions which make the target fall asleep, paralyze him and so forth.