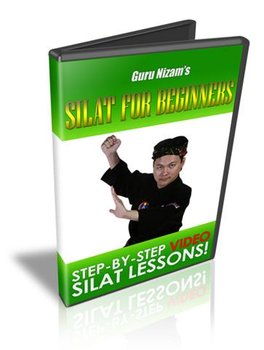 The maneuver listed as Kick/Punch is precisely that; the pankratiast can choose each round whether he wishes to punch or kick. (This keeps the practitioner from having to buy redundant Basic Strike maneuvers, one for punch, one for kick).

Pankratiasts often bought the Block from Ancient Boxing; many knew the Jab as well, and so were equally proficient in Pankration and Boxing. Many also knew Wrestling.

Special Abilities: Similar to those for Ancient Boxing.

Pentjak-Silat is the national fighting art of Indonesia. There are 157 recognized substyles (and potentially hundreds more that are unrecognized), making this art second only to Kung Fu in its breadth and diversity. The name is usually translated as something like "to do fighting for self-defense" or "to fight using skilled body movements."

Pentjak-Silat was first developed as a relatively crude fighting form between 600 and 1000 AD, probably beginning on the island of Riouw and passing from there into the Menangkabau kingdoms of Sumatra and out to all the islands. By the 14th century, it was sufficiently developed that the government saw fit to restrict it: by law, the Majapahit sultans of the islands and their court officials were the only ones allowed to learn Pentjak-Silat. However, ongoing Hindu-Muslim conflicts in that time period and thereafter kept Pentjak-Silat alive among the populace. It was used to fight the native wars of independence against the Dutch, and against the Japanese during World War II. It has continued to be used for intertribal (and interschool) fighting right up until the present day.

Generally, the substyles from a particular geographic area can be identified by their techniques and/or the emphasis placed on particular types of maneuvers when fighting. Sumatran styles use primarily kicks and leg-based attacks; styles from Borneo and West Java use mainly punches and hand-based attacks; Central and East Javanese and Balinese styles mix hand and foot techniques evenly and East Javanese, Sumatran and Balinese styles also emphasize grappling techniques.

Some styles are extremely acrobatic and involve a great deal of jumping, others are fought very low to the ground (the latter tend to use two postures called sempok and depok, in which the fighter is virtually sitting on the ground but is capable of springing instantly to the attack). Some styles use linear techniques, some circular techniques. In short, the substyles of Pentjak-Silat vary tremendously. However, all fighters, regardless of style, are trained to keep their feet on slippery or uneven ground (this is simulated with the Breakfall Skill). Also, all Silat systems teach weapons, including (but not limited to) the kris, the Indonesian dagger (refer to the "Weapons" section of Chapter Three, "Combat," for more information about the kris).

A teacher or master of Pentjak-Silat is known as a pandekar or guru. A silatist usually wears ordinary street clothes, but due to the influences of other martial arts styles may wear a black gi-like uniform for practicing or tournaments. The uniform's samping, or waistcloth, is decorated by a colorful pattern which often matches the pattern of the turban-like tengkokok which is worn on the head.