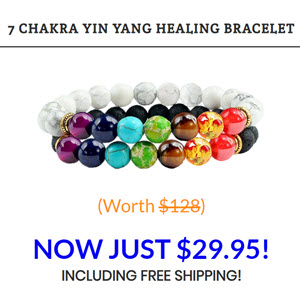 Fu Yung-Hui was already teaching at Chung Shan University in 1934 at the age of 27. When his father died in 1953, he took on the responsibility of propagating Fu Style T'ai Chi Ch'uan and Pa Kua Chang. In addition to instructing many new students, Fu Yung-Hui systematized the "Dragon Shape" Pa Kua teaching and raised the level of practice. In systematizing the Pa Kua Chang, Fu Yung-Hui took what he had learned from his father and divided it into three sets. The first set, known as Yang Pa Kua, is mostly kang, or hard. This is the first, or basic, set and consists of eight sections which can each be expanded to include over 80 movements in the complete set. The hands are kept in the palm shape and the k'ou pu paipu footwork is employed to change direction. This set is not "hard" like Karate, but it has a expressive intent and the movements are more athletic (high kicks, etc.).

The second set, called Yin Pa Kua, also contains eight sections, but is more jou (supple or soft), than the Yang Pa Kua. Its movements are more T'ai Chi like in nature. The third set combines the most advanced Pa Kua movements and is called Lung Hsing, or Dragon Shape. In the Yin and Yang Pa Kua sets the range of actions are restricted to walking the circle while executing the palm changes. The Dragon Shape movements are not restricted to the circle -the practitioner will move in all directions.

Fu Yung-Hui explains that the Dragon Shape palm methods are the highest level techniques in Pa Kua. This set is constructed mostly of circular body movements and the postures primarily employ Heng Ching (crossing power), Niu Ching (thrusting power), and Ch'an Jou Ching (winding and wrapping power). Pa Kua's claim to fame rests in these movements and it implies moving in all directions. In this set, the movements are not restricted to the circle so the range of actions are considerably greater. While executing this form, one will move in all eight directions (North, South, East, West, Southeast, Southwest, Northeast, Northwest). Although one moves in all directions when executing this form, Fu emphasized that when one is moving ahead, he should be aware of what is going on behind him to prevent being taken by surprise.

The "dragon shape" movements in the Lung Hsing form are as if a "swimming water dragon" is twisting, coiling, and revolving. The movements are soft and contain a springiness. One falls, overturns, spins around, seems to step away, and spins around again. This set employs the use of Jou Ching (suppleness), Yao Ching (force of the waist and hips), Niu Ching (twisting), Shou K'ua (pulling back the hips), Han Shung (emptying the chest), and Shou Fu (pull back on the stomach) to effect its movements. All movements have multiple changes as well as definite directions.

In addition to systematizing his father's Pa Kua teaching, Fu Yung-Hui divided the Fu Style T'ai Chi practice into beginning, intermediate, and advance training which suited different physiques, ability levels, and states of health. With the help of his senior disciple, Bow Sim Mark (see article on page 12), Fu worked for five years (1968-1973) developing and improving his father's T'ai Chi. Through this research he developed six principles, or criteria, for his students to keep in mind while practicing their T'ai Chi. These principles are:

2) Keep the lower back straight.

4) Empty the chest and expand the upper back.

5) Sink the elbows and shoulders.

Achieve Health, Wealth And Body Balance Through Yin Yang Mastery. Cut up on the old stone drums of Republic of China, inscribed in books handed down through thousands of years, traced on ancient saucers and on saucers made today, is a sign and a symbol. It is woven into textiles, stitched into embroideries, emblazoned over house gates, wrought into shop emblems, a circle, locked together inside it yang and yin yang, light, yin, dark, each carrying inside itself the essence of the other, each shaped to the other