The Truth About Training 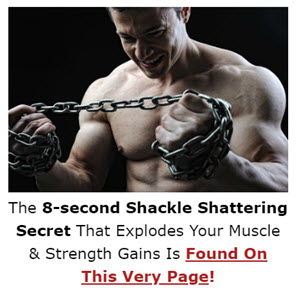 THE GENETIC CAP -- Decreed At Birth

You may not want to hear this, but here goes:

You will only improve so much before you stop making progress.

Hard to take isn't it? As bodybuilders, we all want to believe that growth is continual -progress inevitable. But everyone has a genetic limit which will determine how far they can go. Beyond the physical attributes such as strength, muscularity and even height, innate ability also governs the more intangible facilities of our brain such as talent, memory, and IQ. As with physical development, all of these qualities can be cultivated to extraordinary levels if the individual is persistent. Nevertheless, we all have a built-in cut off point that is determined by our genes, like it or not.

Okay, so we all can't be Michael Jordan, Albert Einstein and Arnold Schwarzenegger, but the greatest factor in developing success in bodybuilding, as in any area of life, is contingent more on attitude than aptitude.

Still, there are differences.

In regards to athletic ability, as well as the capability of putting on muscle, some people have a distinct advantage. And if you think one's ethnicity is a factor, you'd be right. Of course, in these ultra-sensitive, politically correct times, it's somehow taboo to suggest that people are different in any way, even if the difference is a compliment! The truth be told, suggesting that certain nationalities are better suited for an athletic event is really no different from saying that someone of Irish descent is more prone to sunburn than someone of Egyptian descent. It isn't racist. It's reality.

It shouldn't come as too much of a surprise to say that certain ethnic groups excel at specific sports. I don't know about you, but I haven't noticed too many Asians in the NBA, nor are there very many linebackers in the NFL who are of Middle Eastern descent. If I were a betting man, I'd put my money on the black sprinter and the white swimmer every time. Bigoted? Prejudiced? Whacked out of my mind?

Let's look at the facts.

When it comes to sports involving speed, most specifically, sprint performances such as the 100 meter dash, there's a tremendous difference between black and white athletes. (Oddly enough, top contenders in long distance races are split pretty evenly between blacks and whites, except for Marathons where someone from Kenya is sure to win.) In 1994, the top twenty fastest times in sprinting events were all held by blacks. Interestingly, the contestants originated from countries as diverse as the United States, Nigeria, Canada and Great Britain. An examination of the Olympic 100 meter dash over the past thirty years shows an utter domination by black athletes. In the United States, it's apparent that young black American males practically "own" the 100 meter dash at both the high school and college level. The positions in American football that require speed, such as the tailback and wide receiver, are almost exclusively held by blacks. Over the past four years, there's been a virtual absence of white athletes who have started in either of these positions.

A few years back, gambling impresario and sports commentator "Jimmy the Greek" made an off-handed comment that "Blacks are better athletes because they were bred that way." Although it was meant as praise, this remark caused such a stir among the press that Jimmy was abruptly released from his television contract for being "insensitive." Some folks may want to re-write history, but the facts remain. Yes, black slaves were brought to the west. Yes, the strongest survived. Yes, it was a shameful event in the history of the world. But it happened. And in many ways, blacks today have benefited from their genetically superior ancestors plight. In essence, they come from "strong stock." It isn't something to ignore. It's something to be proud of. It's also the reason blacks dominate many sports.

On the other hand, take one look at the Olympic swimming champions over the last 20 years or so and it's doubtful there are more than one or two non-Caucasian winners. What makes up this tremendous disparity? It could simply be anatomy. Many black bodybuilders complain that their calves are difficult to develop. Even Mr. Olympia Ronnie Coleman has less than astounding calves. The Achilles tendon runs long and high giving a distinct advantage for bursts of speed. White athletes have a higher bodyfat percentage which may aid in buoyancy, allowing for superior swimming ability. It could also have something to do with motor unit activity in various parts of the body. Maybe it's something else. It's tough to say.

When it comes to muscle, the single biggest factor in how much potential growth can be achieved is contingent on one's testosterone level. Do some races have more than others? It appears so. Once again, blacks lead the pack with those of Italian and German/Austrian descent running a comparable second place. Naturally, there are always exceptions to the rule. While American bodybuilders (and that Austrian Import Arnold -something- or- other) have held the top positions, Englishman Dorian Yates single-handedly rewrote the book in terms of muscle mass and density. This raises an interesting question. Besides, rugby (a tough sport if ever there was one) are there so few English professional athletes due to genetics or is it the tradition of "blue blood" upbringing that has kept them estranged from the sports arena? Like many rugby players, Dorian was from a working class background. Oddly enough, there was no evidence prior to his training of his eventual despotism of competitive bodybuilding. He was thin and by anyone's standards, quite average looking, yet he went on to redefine the limits of freaky musculature. Perhaps some ethnic groups have great genes and are simply unaware of it.

Looking at the sport of powerlifting seems to obliterate the ethnic rule altogether. The top lifters are a mix of cultural backgrounds. In the late fifties and early sixties, Asian Tommy Kono unequivocally shattered the standing records. Representing the United States in the Olympics, Tommy held over two dozen world records. For years, nobody came close to matching his totals. On top of it all, he won the Mr. World and Mr. Universe titles.

Some of the very best built athletes are in the sport of boxing which may be the ultimate barometer of strength, speed and overall conditioning. Yet, its participants are determined mostly by their economic status. Rich people simply don't get into boxing. Observe the heavyweight champions throughout the years and you'll get a good idea of the struggling lower class. The Irish immigrated heavily to the United States shores in the 1930's looking for any kind of work. Soon afterward the champions were Corbett, Dempsey and Tunny. The next underclass to migrate were the Italians and the boxing champs in the era which soon followed had names like Marciano, Graziano and La Motta. Today, the most impoverished people are blacks and Hispanics. Although Hispanics rule the lighter weight divisions, I wouldn't count on a Hispanic heavyweight champ in the near future. Again, it's genetics. We are what we are.

The fact that physical potential is predetermined completely eradicates the misconception that the term "hardgainer" is a myth. Some people are most definitely hardgainers! In fact, the assertion that everyone is equal in their ability to grow muscle is either a marketing scheme or it's based on pure ignorance. Older people can't grow as much muscle as someone in their 20's. Women can't grow as much muscle as men. And as much as it may hurt to admit, most of us don't have what it takes to grow enough muscle (even with boatloads of steroids) to be a world class bodybuilder. Our ancestry has made that decision for us. But that doesn't mean we can't do everything possible to tilt the odds in our favor.

In many ways, those who've been short-changed in the genetics department shouldn't be discouraged for they have all the more reason to make the best of themselves. And when that happens, people are capable of astonishing feats.

Here are just a few examples:

With his huge chest, slumping shoulders and thin legs, Arnold Schwarzenegger was thought to have too imbalanced a physique to be anything more than an oddity.

The name may not be familiar but James Hockman was diagnosed with Muscular Dystrophy as a child. On the advice of his doctor, he began jumping to strengthen his legs. James went on to be a champion high jumper.

Bodybuilding pioneer Dan Lurie had a weak heart and was told he wouldn't live past the age of 20. He began weight training to build his stamina and at age 78, he's still going strong.

Ivor Welsh is hardly a household name. He was just a guy who didn't begin exercising until he was 83 years old. At age 88, Ivor ran five marathons.

Jan Horn suffered from and conquered rheumatoid arthritis through exercise and went on to become a national level fitness competitor.

Charles Boswell managed to golf in the low 80's even though he was blind.

Larry Scott was told that he didn't stand a chance as a bodybuilder because his shoulders were too narrow. He went on to become Mr. Olympia.

They said Shawn Ray was too short. Lee Labrada, too small. Frank Zane, too thin. They all dug down and got the best their genetic lot would allow. The results speak for themselves.

The bottom line: We all have to play the hand that we're dealt. But if you play your cards right, you just may wind up the winner in the end.

Tired of hitting the gym with no results? Revealed! Get The Body Of Your Dreams In Your Own Home And In Only Minutes Per Day. Download today To Discover How To Ditch The Gym And Get In The Shape Of Your Life In Mere Minutes Per Day within this total collection.